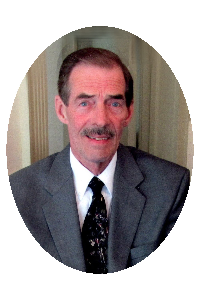 Alton C. “Al” Lyman, age 78 of Brockton, died peacefully at his home, August 20, 2021, after a period of failing health. Al was lovingly cared for by his wife and daughter Jamie who is a nurse. He was the devoted husband of Rita (McMahon) Lyman for 53 years. Born in Brockton, he was a son of the late Anders and Florence (Johnson) Lyman and lived in the city for most of his life.

A 1960 graduate of Brockton High School, Al attended Wentworth Institute. In the early 1960’s he served in the US Army and then the Mass National Guard.

Al was employed with Sears Roebuck for over thirty years retiring as district manager. He then worked as a supervisor at East Coast Transit (BAT Bus) for ten years.

In addition to fishing and hunting, Al enjoyed traveling to Maine with his son and family. He was a member of the NRA, Braintree Rod & Gun Club, and a 49 year member of the Swedish Vega Club in Brockton. Al was also a Red Sox and Patriots fan and a lover of Fox News. Most of all, he enjoyed time with his children and grandchildren.

Stoic and intelligent, Al will be remembered as a hardworking man who never complained.

A celebration of Al’s life will be held at a later date.