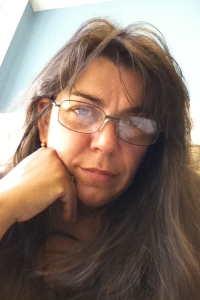 Lucy Rita (Torre) Tabit, 60, of Westport, MA passed away on June 15th, 2021 after a long battle with complications following an intensive cancer treatment. She was the wife of Richard Tabit of Westport.


Born in Queens, NY on August 31st, 1960 to her late parents Graziella (Muscolino) and Giovanni Torre, Lucy was a first generation Sicilian-American and moved to Westport, MA in 1976.


Living in a bilingual home, she developed an affinity for languages and spoke Italian and French fluently. After her professional career brought her to serve at the American Embassies in Italy and France as a bilingual research technician the early 1990’s, Lucy returned to Westport with her husband Richard to raise a family.


Lucy continued working in public service as the Administrative Assistant to the Board of Selectmen, and member of the Westport Cultural Council. Her broad involvement and dedication to local government earned her the affectionate nickname of "town mom."


In her free time, Lucy enjoyed beekeeping, cultivating her garden, teaching archery, and painting Ukrainian eggs. She was a home-grown Sicilian cook with a knack for offering hospitality. A linguist at heart, she spoke to her bees in French and would always claim they could speak back. Lucy passions compelled her to never stop learning, exploring new things, places, and people.


Scholastically and personally, Lucy excelled in all manner of subjects using her organizational skills, empathetic nature, and her passion to be the best version of herself. When she set her mind to something, Lucy became unstoppable.


Friends and family are invited to a funeral service to be held in honor of Lucy’s life on Wednesday, June 23rd 2021 from the Potter Funeral Home at 9:00 A.M. followed by a Mass of Christian Burial at St. John the Baptist Church, Westport at 10:00 A.M.


Interment will be private.