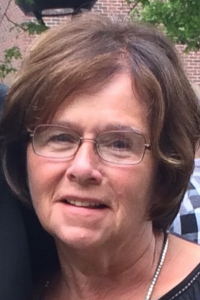 Kathleen A. (McClellan) Hebert of Taunton died Wednesday morning, May 19 at St. Elizabeth's Hospital in Boston following a brief illness. She was the beloved wife for nearly 50 years of the late Richard Hebert, who died in 2015. Kathy, who was born 73 years ago, was the daughter of the late George and Alice (Neary) McClellan.
Educated in Taunton schools, she was a graduate of Bishop Cassidy High School and attended Bridgewater State College.
Prior to her retirement, Kathy worked at Fernandes Super Market and CVS in Taunton. For more than a decade, she operated Kathy's Kozy Day Care in Taunton where she enjoyed caring for youngsters every day Kathy enjoyed reading, doing crossword puzzles, shopping, spending time with her family, walking, visiting casinos with her husband and playing Keno. One of her favorite memories was a family trip all over Ireland in 2016 where Kathy saw all of the sights from Galway to Dublin and enjoyed singing Irish songs in the local pubs and learning about her roots from the locals.
Kathy will be remembered by everyone who met her for the kindness she would always offer, and she never had a bad word to say about anyone. Kathy is survived by her daughter, Megan (Hebert) Frizado of Taunton, and her son, Patrick R. Hebert of Taunton.
She is also survived by stepchildren Richard E. Hebert and Stacey Mailhot and was by predeceased by Allyson Hebert. Kathy is also survived by her siblings, Brian McClellan; Michael McClellan and his wife Diana of Taunton; Susan (McClellan) Fenton and her husband James; Lila (McClellan) Clough and her fiance Steve Mailloux; and Lisa (McClellan) Haggerty and her husband Peter, all of Taunton.
She is also survived by several grandchildren, including Jacob Frizado and Alek Frizado, who shared a special bond living in the same house with Kathy; and Ashley and Justin Benjamin, along with several nieces, nephews and cousins. Other survivors include an uncle, Walter Neary and his wife Priscilla, of Taunton, and aunts Catherine Lamont of Florida and Theresa Poucel of Taunton.
Funeral home visitation will be at the O’Keefe-Wade Funeral Home, 70 Washington St., Taunton, MA 02780 on Wednesday, May 26th from 5-7pm. with a funeral home service at 6:45pm. Burial will be private. Visit our website for www.okeefewade.com to sign the online guestbook, obituaries & directions.