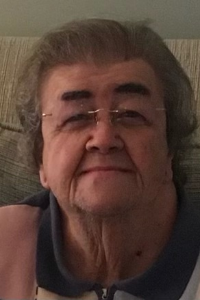 In Taunton, Madeline Brady, Age 84, passed away Saturday, April 3, 2021 at the Marian Manor Nursing Home. Born in Taunton, she was the daughter of the late John and Ethel (Greenwood) Silvia. She was the wife of Paul Brady, married for 55 years. In addition to her husband, she leaves behind her two children, Mark Brady and his wife Marti, and Lynn Mangott and her husband Darren. She also leaves behind five grandchildren, Connor, Owen and Sean Brady and Makenna and Alex Mangott. She is predeceased by her brothers Edward Griswold and John (Jack) Silvia and sister, Evelyn (Silvia) Smith.
Madeline was a lifelong member of the St. Mary’s Church in Taunton and a graduate of St. Mary’s High School. She was the director of the parish’s religious education program for many years. She was also a Eucharistic Minister. In addition to volunteering at the church, she also volunteered at the Taunton Girl’s Club. In her free time, Madeline enjoyed reading and spending time with her grandchildren. A Mass of Christian Burial will be celebrated at St. Mary’s Church in Taunton on Friday, April 9th at 10am. Visiting hours are kindly omitted. Burial will be in the family lot in St. Joseph’s Cemetery in Taunton. In lieu of flowers, donations in Madeline’s memory may be made to the Activities Fund at Marian Manor Nursing Home. Arrangements are under the care of the O’Keefe-wade Funeral Home in Taunton.