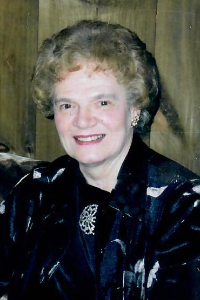 Beverly E. (Tsiumis) Buckley of Danvers, formerly of Winthrop, passed away on March 23, 2021. She was 91 years old. Beverly was the beloved wife of the late Cornelius M. Buckley. Born in Boston, she was the cherished daughter of the late John E. and Marie (Peterson) Tsiumis Sr.

Prior to her retirement, Beverly was employed by the U.S. Government as an administrator for the selective service board. She loved to travel, visiting many countries in Europe, including Ireland, Italy and Germany as well as many others. She was a very sociable person, who enjoyed spending time with family and friends. Beverly was also a devote Catholic.

Beverly was the dear sister of George Tsiumis of Woburn, James Tsiumis and his wife Charlotte of Millis, the late John E. Tsiumis Jr. and his late wife Joan and the late Marie “Mimi” Farrell and her late husband Win. She was also survived by several nieces and nephews.

Beverly’s funeral Mass will be held on Wednesday, March 31, in St John the Evangelist Church 320 Winthrop St. Winthrop, at 10AM. Interment will follow in Winthrop Cemetery. Please go directly to church. In lieu of flowers, donations in her memory can be made to the American Parkinson Disease Assn. of Massachusetts 72 East Concord St, Room C3 Boston, MA. 02118