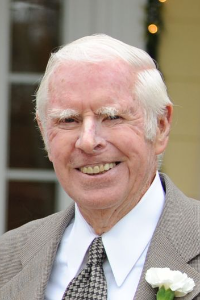 Richard D. “Dick” Dimes passed away peacefully of natural causes on January 13, 2021 at his home in Winthrop. He was 94.

A dedicated husband to Margaret, his high school sweetheart at Chelsea High School and wife of 73 years. Born in Chelsea in 1926, his early childhood was spent in Winthrop before moving back to Chelsea. In the 1950s, he and Margaret returned back to Winthrop to begin a long life together in “The Town by the Sea”. Besides raising three children there, the couple would become lifelong public servants of Winthrop. Using his engineering skills, Dick first entered Winthrop politics as a member of the Planning Board before serving several terms as Selectman. He continued to sit on various town committees well into his 80s. In 2012, the town’s Department of Public Works building was named The Richard D. Dimes Public Services Facility. He was always passionate and (quite) outspoken about what he felt was in the best interests of his fellow residents.

Dick was also an active sailor at the Cottage Park Yacht Club, and one of the founders of youth hockey in Winthrop. Both of which he enjoyed with his children. Dick was a World War II veteran, serving in the U.S. Navy from 1944-1946.

He is survived by his wife Margaret of Winthrop, daughter Deborah and her husband Frank Traniello of Amesbury, son Richard and wife Cami of Stanwood, WA, and son Jonathan and wife Mia Ambata of Baltimore. Adored grandfather of Marisa and Vanessa Traniello, Corianda and Tyler Dimes, Kimberly and the late Christopher Dimes.

Due to these uncertain times with the pandemic, there will be no public service. In lieu of flowers, donations can be made to Care Dimensions, 75 Sylvan St, B-102, Danvers, MA.