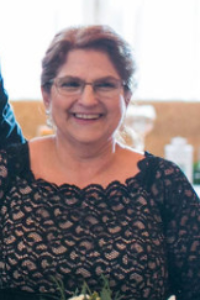 Sophia R. Mulvey, 68, of Pascoag, RI, passed at home in peace on December 29, 2020 surrounded by her family. She was born on July 12, 1952 to the late Joseph and Sophia (Rezendes) Reis. She was the devoted wife for over forty years to the late Thomas Mulvey III. She is survived by her beloved son, Thomas Mulvey IV, his wife, Kayla, her sister, Lauri (Reis) Desrosiers and her husband George.

Sophia was a committed caretaker and enjoyed her career as a Registered Nurse. She provided care across various fields of nursing including pediatrics, homecare, and eldercare. It was her love of caring for others that attracted Thomas Mulvey III while working together at Rhode Island Hospital. Sophia and Tom married on June 30th, 1978 in Somerset, MA and lived together in Pascoag for over thirty years. Sophia was treasured and loved by her husband and son. Sophia was an animal lover, avid reader, sci-fi fan, and accomplished knitter. She will be remembered as a bright, shining light with a creative and fun-loving spirit to those she knew and loved.

A Memorial Mass to celebrate Sophia’s life is planned for Friday, January 15, 2021 at 11:00 a.m. at St. Philip Church, 622 Putnam Pike, Smithfield. Due to the current health crisis, there will be no prior calling hours.

In lieu of flowers, her family requests donations be made in her memory to Continuum Care Hospice, 1350 Division Rd Ste 205, West Warwick, RI 02893.