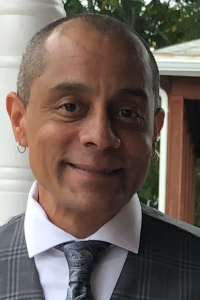 Daniel J. Alley "Danny" of Winthrop passed away peacefully at home on December 31, 2020, in the presence of loved ones following a courageous battle with cancer. He was 49 years old. Danny was the beloved husband of Daniel T. Meninger. Born in Boston, he was the cherished son of Linda (Riley) Robertson and her husband Howard of Sarasota, FL.

Danny was employed as a Chart Correction Specialist for Mass General /Brigham. He was a member of the Winthrop Lodge of Elks #1078. In addition to enjoying listening to music and watching horror movies, Danny most loved spending time with his family and friends. Danny and Dan tried to host as many gatherings, with as many people that could fit, at their home with family and friends.

Danny was the beloved brother of Sean Alley and his wife Whitney of Sarasota, FL, Hope Ward and her husband Michael of Peabody, Karen Robertson of Tallahassee, FL, Richard Robertson and his wife Anna of Tallahassee, FL and the late Robert Robertson. He was the son-in-law of Steven and Karen Meninger of Everett and the brother-in-law of Alison Meaker and her husband Kevin of NY and Courtney and Leanne Meninger of Everett. Danny was also survived by many nieces, nephews, aunts, uncles and countless cousins.

Funeral from the Maurice W. Kirby Funeral Home 210 Winthrop St. Winthrop, on Thursday, January 7, at 9AM followed by a funeral Mass in St. John the Evangelist Church-Winthrop at 10AM. Relatives and friends invited. Interment will follow in Woodlawn Cemetery- Everett. Visiting hours will be held in the funeral home on Wednesday from 4-7PM following current social distance guidelines in the funeral home and the church.

The family has established an account to be used for a memorial bench for Danny. Donations may be sent to Webster First Federal Credit Union, 15 Woodside Ave. Winthrop with a note in the memo for “Danny Alley Memorial Fund"