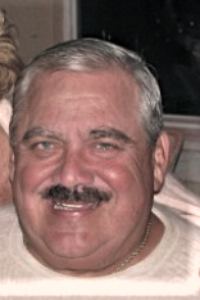 Joseph Gennaco of Winthrop at the age of 76, passed away on December 9, 2020 with his family by his side. Joseph was born to Pauline (Boncore) Gennaco and Joseph Gennaco on November 6, 1944 in the city of Boston.

Moving to Winthrop at a young age, Joseph had been a lifelong resident. Joseph was self-employed and raised his family in Winthrop. Joseph enlisted in the Massachusetts Army National Guard serving from 1962-1966. He was an avid golfer and former president and member of the Winthrop Golf Club.

Joseph is survived by his devoted and loving wife of 53 years, Dorothy (Kavanagh) Gennaco. He was the proud father of Robyn Marie Gennaco 1967-1995, Loriann Salvitti of Lake Sunapee, New Hampshire and Jodi Langone of Winthrop, Massachusetts. He is also affectionately known as “Papa” by his 6 grandchildren.

At the request of the family, funeral arrangements will be private