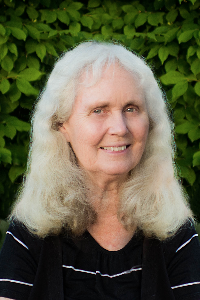 SARGENT, Lydia Ann (née Wood), 78, died on Monday, September 28, 2020, after a brief illness. Lydia grew up in New York City, and, after graduating from The Chapin School in 1959 and Mount Holyoke College in 1963, she settled in the Boston area with her husband, Gary Sargent, and later lived for many years in Woods Hole, MA.

Lydia had a remarkable career as an activist, actor, writer, and publisher. She was a member of the Newbury Street Theater in Boston, a founder of South End Press, and a co-founder and publisher of Z Magazine. She drew significant acclaim for her play, I Read About My Death in Vogue Magazine (1985). She also produced, directed, and acted in many plays with the Woods Hole Theater Company. Lydia was the author of Women and Revolution and Playbook, and many journalistic works. In 1974, she was divorced; she spent most of the rest of her years with noted activist and writer Michael Albert.

Lydia took much pleasure in her pet birds, classic movies, watching figure skating, tennis, the Red Sox, and the Patriots, and spending holidays with her extended family and friends. Her love of life and fearlessness in charting her own path will always inspire those who knew her.

Funeral Services are private. Contributions in Lydia’s memory can be made to the Woods Hole Public Library: woodsholepubliclibrary.org.