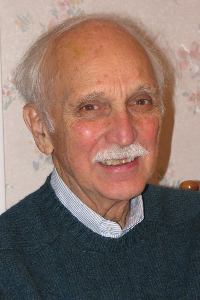 He was preceded in death by his two brothers, Kenneth Boyea and Oscar Boyea and his sister, Norma Contreras.

He is survived by his wife of sixty years, Elizabeth (Foley); his children Timothy Boyea of East Sandwich, Ann Boyea of Millis, Mary Boyea of Millis, Jocelyn Boyea of Cambridge; his beloved grandchildren Benjamin Boyea and Anna Kotowicz; and many nieces and nephews.  He was also preceded in death by his infant son, Matthew, and his dear daughter-in-law, Peggy (Waldron) Boyea, and his wonderful son-in-law, Andrew Kotowicz.

He served in the United States Air Force in the Korean War, earned his engineering degree from Worcester Polytechnic Institute and enjoyed a thirty-three year career with Polaroid Corporation.  In his retirement, he enjoyed having leisure time to golf and particularly to spend time woodworking in his basement workshop.

He was a devoted husband and father.  He took pride in maintaining his home, helping friends and neighbors with their projects, and liked nothing better than hosting family and friends.

A brief visitation will be held at the George F. Doherty & Sons Funeral Home, 477 Washington Street, Wellesley, on Tuesday, October 6th from 9:30-10:30 a.m. Relatives and friends kindly invited. We respectfully ask that social distancing guidelines be practiced and masks must be worn.

Due to the COVID-19 Pandemic, a private Funeral Mass will be celebrated at St. Paul Church, Wellesley followed by interment at Woodlawn Cemetery, Wellesley.  A Celebration of Life will be held at a date, sometime next year, when friends and family can freely gather to share hugs and stories.

In lieu of flowers, donations in his memory may be made to Shriners Hospitals for Children, 2900 Rocky Point Drive, Tampa, FL 33607, or to a charity of your choice.