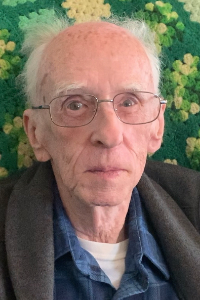 Donald was a Korean War Veteran, U.S. Coast Guard. He was a retired equipment installer for the New England Telephone Company and a member of IBEW Local 103, IBEW Local 2222, the Dedham American Legion Post 18, and the Westwood Gun Club.

In compliance with COVID-19 Guidelines, a visitation will be held at the George F. Doherty & Sons Funeral Home, 456 High St., DEDHAM, Friday, Oct. 2 from 9-11am followed by a funeral service in the funeral home beginning at 11am. Relatives and friends kindly invited. Interment in Fairview Cemetery, Hyde Park.

In lieu of flowers donations may be made in Donald’s memory to the Dedham Firefighters Association Local 1735, 436 Washington St., Dedham, MA 02026.