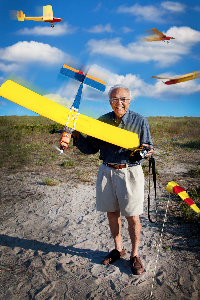 Alfred is survived by his daughter Kelly Milano Thompson MacConomy, along with her husband Scott MacConomy of Alexandria, Virginia and grandchildren Kiera E. Thompson of Somerville, MA and Cameron A. MacConomy (Brittany Mullen, partner to Cameron) of Los Angeles, California. Alfred is also survived by his son Sean J. Milano of Wellesley, MA as well as his wife Kathleen E. Woodward and daughters Cecilia W. Milano of New Orleans and Elizabeth R.B. Milano of Wellesley, MA.

Al is mourned by his niece Susan Milano DiYeso of Asheville, North Carolina who was like a daughter to him when he welcomed her into his home upon the death of her parents. Al will be greatly missed by his sister-in-law Alayne F. Casey of Ottawa, Ontario, Canada, with whom he had remained close. He also leaves behind another sister-in-law, Lola Duffy Casey Boyles, of St. John, New Brunswick, Canada.

Alfred Milano was a 1943 graduate of Eastchester High School. Enlisting in the U.S. Navy at the age of 17, he was awarded the Good Conduct Medal and a commendation for exemplary service during his tour of duty in the Pacific Theater. Al was stationed on the Eniwetok Atol in the Marshall Islands. He was an Aviation Mechanic Second Class, servicing aircraft involved In the Battle of Iwo Jima, and Tarawa.

After World War II, Al enrolled in college at SUNY Oswego (Class of 1950) on a GI Bill military scholarship where he pledged Delta Kappa Kappa, meeting his lifetime buddy, fraternity brother, and his best man Michael Fanelli when he married the great love of his life, Heather Tyra Veronica Casey.

Al met Heather when she was hired as the new librarian at Centereach Middle School on Long Island. The principal asked Al to take the new librarian out for lunch in his place. They were married on November 27, 1958 in Eastchester, NY. They eventually settled in Somers, New York where they resided together for 32 years until relocating to Brewster, MA.

Al worked for over thirty years for the Yorktown Central School District at the 6th Grade School, the Mildred E. Strang Middle School and Yorktown High School until his retirement, teaching industrial arts, graphic design, and photography. Whenever someone remembered Al as their teacher they would invariably declare him their all-time favorite.

Al was an accomplished sportsman: hunter, fisherman, sailor, skier, golfer. He excelled at anything he attempted. His exceptional artisanal woodworking craftsmanship began at an early age, creating “piscariels” much like his own creative father used to do. Industrial arts was an inevitable area of educational specialty.

Al was a car enthusiast. His 1969 fire-engine red Camaro was one sweet ride. He also meticulously restored a 1930 Model A Ford Coupe to its original glory. A proud member of the Model A Ford Club of America, Al would take the “jalopy” for Sunday spins, joining the occasional parade or car show. Milano cousins have fond memories of Uncle Honey taking them for joy rides in his first Model A where dibs on riding in the rumble seat was considered a triumph.

His passion in his later years was flying radio-controlled model airplanes. A member of the Brewster Fly Boyz Club, Al could be found early mornings at Crosby Beach delighting young and old alike with his daring loop-de-loops and near-miss nose dives, not to merely mention his pinpoint landings.

Al truly loved to sing. And whistle. When he ran out of his tried-and-true repertoire he would compose his own tunes. He was also unbeatable at cards. His grandchildren especially enjoyed playing card games with him, although he almost always won. And Al could cook. His cheesecake and lasagna were not to be outdone. Al’s rice and bread puddings were legendary. Only cannolis ever vexed his culinary prowess.

Alfred Milano passed quietly on the morning of September 19th, 2020 in Wellesley, MA at the age of 95 years, 9 months, and 19 days. Or as Heather would say, 96. Al will be eternally missed by his entire family, his countless dear friends both on the Cape and in the greater New York area, and anyone he ever chatted up on a Bayside bench, encountered at Café Al Fresco, or waited behind in line at the Star Market. If anyone was going to live to be 100, everyone believed it would be Al. As he was notoriously fond of saying......"Banana way.”

Here is a link to Al flying his radio-controlled airplane at Crosby Beach on the Cape, www.youtube.com.