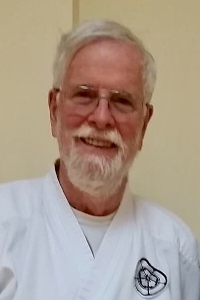 Earl Carlton Emery, 79, of Londonderry, NH, passed away Wednesday, September 9, 2020 at home, surrounded by his loving family. Earl was a mighty man in strength and heart, who committed his life to Christ in 1978 and remained a faithful follower for the rest of his life.

Born in Quincy, MA on March 21, 1941 to Carl and Doris (Leach) Emery, Earl grew up in Wayland, MA and graduated Belmont Hill High School in 1958. He went on to earn his B.S. (’62) and M.S. (’64) in geology at Boston University. He enlisted in the Army in 1966 and was commissioned as a 2 Lt., engineering branch, and rose to the rank of Captain, earning the Army Commendation Medal and receiving an honorable discharge in 1974. After his military service, Earl worked as a computer programmer for 40 years, often serving as an elder in the churches he attended.

Earl was happiest when spending time with his family and helping others, no matter the time or place. He will be remembered as a lover of nature and an avid sportsman who enjoyed fishing, rock collecting, bird watching, and practicing karate. He especially loved finding items to recycle, going on many road trips with his grandson to find materials that could be reused. Earl was also a voracious reader, picking up a new book immediately after finishing another. He particularly enjoyed reading texts on theology, geology, military history, and biographies.

Calling hours will be held privately by the family; burial will be in the NH State Veterans Cemetery, located at 110 Daniel Webster Highway, Boscawen. Peabody Funeral Homes and Crematorium is assisting the family with arrangements. Memorial contributions may be made to: Southern New Hampshire Rescue Mission, 40 Chestnut St, Nashua NH, 03060, or at: hope4nashua.org.