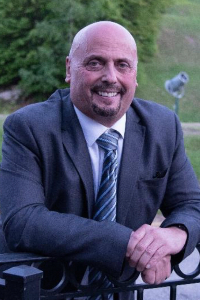 Paul M. Re, 62, of South Attleboro formerly of Dedham, passed tragically on September 1, 2020. Son of the late John and Simone (Drecq) Re. Significant other to Joy Saint Hilaire of Pawtucket, RI. Brother of John Re of Falmouth, Joanne Re of Hanson, Daniel Re of Hanson, and Marion Re O’Neill of Norwood. Uncle to Larissa, Erin, Travis, Jill, Adam, Brittany, and Benjamin. Great-uncle to Ella, Sky, Mya, Henry, Ellie, and Liam. Paul was loved fiercely by his family and was a friend to many worldwide.

Paul or Paulie, as he was lovingly called, graduated from Norfolk County Agricultural High School, Class of 1975. In 1976 he joined the US Army and was stationed in Berlin, Germany at Checkpoint Charlie as a Military Police Officer. During his time overseas he developed a deep love for Germany and its people. He became immersed in the culture, fluent in the language and made it home for over 20 years, until 1998 when he returned to Massachusetts to be with his family. Paul was a loyal son to his late parents, providing care and companionship, especially in their final years.

Paul had a passion for cooking and was truly unmatched in the kitchen. He had many mouth-watering, made from scratch, signature dishes such as Rotkraut, Spatzl, Steak Frites, and of course, his famous Thanksgiving stuffing. Paul was a simple man, finding pleasure in nature and the outdoors. He enjoyed kayaking in the summer, snowmobiling in the winter and relaxing by a fire, no matter what the season. Paul will not only be remembered for his comfort food, wacky facial expressions and unfiltered humor, but most importantly for his kindness, devotion and love for those close to him.

A private service will be held on Friday, September 11 at 11:00am at the George F. Doherty & Sons Funeral Home in Dedham.