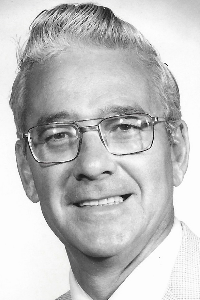 “Puppa,” as he was known to his 13 grandchildren and numerous great-grandchildren, enjoyed spending time with his family at his Lake Winnipesaukee summer home in Meredith, NH. This home, which he built himself over many years, would become a significant focal point for all. A place of gathering for fun, recreation, spiritual renewal, and rest by all members of his family…a tradition that continues to this day.

Bill enjoyed a successful career in sales with noted companies as Pan American, Western Union International, MCI corporation and Verizon prior to his retirement in 1993.

Bill enjoyed traveling with his wife Audrey, both locally and abroad. He was especially fond of fine dining and was never known to turn down new adventures trying everything he could from parasailing to scuba diving and so much more on his holidays. An avid follower of all sports, Bill enjoyed both attending sporting events and watching what he could on TV. The Boston Globe sports page was a daily read for him, and he delighted in discussing sports with anyone who would care to engage in conversation.

Known as a true “people person” Bill thoroughly enjoyed talking to anyone. He was fascinated with other people’s stories and interests and would often find himself meeting new people on a spur of the moment conversation. This practice contributed to his success in sales and followed him throughout his entire life.

A celebration of his life attended by his family was held on Wednesday, September 2. A live stream of the service was provided for all those that could not travel. The service was officiated by Deacon Kelly McCormick of St. Mary’s in Dedham, Mass.