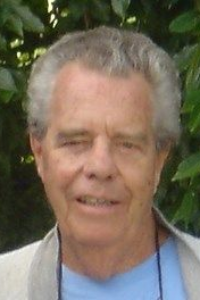 George D. Kelly of Winthrop, passed away peacefully on August 19, 2020. He was 92 years old. George was the dear and devoted husband of 61 years to Alice (O’Shea) Kelly. Born in Wiltshire, England and raised in South Boston, he was the cherished son of the late Daniel and Rose (Dunnett) Kelly and dear brother of the late Iris Kelly, Joan Carleton and her late husband Jack, and John (Jack) Kelly and his surviving wife Sarah Kelly.

During World War II, George joined the United States Navy at the age of 17 as he was about to graduate from South Boston High School and continued to serve for 20 more years retiring as an E8 Senior Chief Petty Officer in 1965. He later joined the United States Postal Service as both a letter carrier and postal clerk for 25 years ending his career at the counter at the U.S Post Office in Winthrop. In addition to enjoying time with his family, George loved being outside, taking long walks with his wife Alice, and working in his garden; he was a voracious reader with a curious mind and interest in almost any topic. He was fortunate to enjoy a 30 year retirement allowing him many hours with his grandchildren, sneaking them M&Ms as often as possible.

George was the devoted father of Michael Kelly and Susan of Carmel, CA and their adult children Kaitlyn and Sean; Joyce Kelly and her husband Rick Hens of Leominster; Tim Kelly of Andover and his adult children Joshua, Samuel, Matthew, Grace and their mother Madeline (O’Brien) Kelly; Kathleen Kelly of Quincy; Eileen Cullen and Michael of Newburyport and their children Elizabeth, Caroline, and Andrew; Terrence Kelly and Michelle of Redington Beach, FL; Chris Kelly of Winthrop, and Karen Dickinson and John of Brookline and their children Julia, Kate, and Claire. He is also survived by many loving nieces and nephews.

Services are private. A celebration of George’s life will take place at a future date. In lieu of flowers, donations may be made in his memory to a charity of your choice.