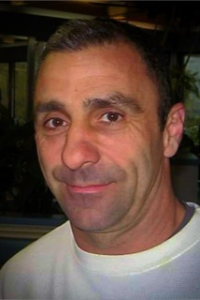 He was born and raised in Medford and the son of the late James K. Kurker. He leaves his beloved mother Fay Snow of Mashpee, his daughter Fallen Rastellini Ferguson, her husband David and soon to be three grandsons. He is also survived by his brothers Craig Kurker and wife MaryEllen of Meriden CT, Ronald Kurker and Iqbal of West Newton MA, his sisters Niki Mills and Lynn O'Hara both of Mashpee, MA. He leaves several nieces, nephews, aunts, uncles, cousins and friends.

Growing up in Medford Jimmy played for Medford youth hockey, enjoyed camping and skiing in the White Mountains. Jim enjoyed boxing which he began in his early 20's. When he moved to the Cape he worked as an Auto Detailer as well as a part time sports director at the teen center in Mashpee, training youth in the art of boxing. He used his skills to raise funds for this youth program by getting local businesses to sponsor him in his fight in the New England Golden Gloves Tournament. This was an event he was most proud of along with being a member of the Toastmasters Club.

He later established Vintage Valet and auto detailing at several Cape Country clubs. Throughout the years, Jim worked as a cook in many restaurants and as a laborer doing masonry, landscaping, handyman work, and most recently as a groundsman for a tree service.

Jim was an avid reader and was especially fond of several works by Mark Twain including his favorite quote - "Out of all the things I've lost, I miss my mind the most." His favorites include Kurt Vonnegut’s A Man Without A Country and Robert Fulghum’s All I Really Need To Know I Learned In Kindergarten. He will be remembered for his witty and expressive sense of humor as well as his devotion to his mother Fay (Kurker) Snow.

A celebration of life will be held on Cape, August 29, 2020 at 7:00 PM. Due to current restrictions the number of guests allowed is limited.

In lieu of flowers, donations in his memory may be made to Bipolar Disorder Brain and Behavior Research Foundation.