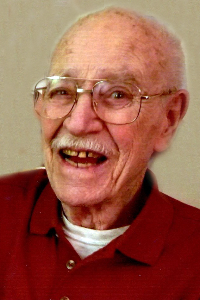 Robert K. Williamson Sr., 88, of North Providence passed on Monday June 29th in the Elmhurst Extended Care, Providence. He was the husband of the late Joan F. (Plant) Williamson. They had been married for 55 years.

Born in Providence, son of the late Kenneth H. and Grace M. (DiMaio) Williamson. He had lived in North Providence for more than 65 years. Bob had been Chief Mechanical Engineer for the former Foxboro Company in Foxborough, MA., retiring in 1987.

Bob was a graduate of LaSalle Academy, Class of ’49, where he lettered in track for all 4 years. A member of the Relay Team which earned the distinction of New England Champs in 1949. A graduate of URI, and member and past president of the Tau Epsilon Phi Fraternity, he received a degree in Mechanical Engineering with High Honors in 1953. Later receiving a Master’s in Business Administration from the former Bryant College in 1974.

He was an Army veteran proudly serving 1956-1957 and received an Honorable Discharge from the Army Reserves in 1964.

A Boys Scout Master of Troop 73 -Providence for many years, earning the District Award of Merit from the Narragansett Council in 1976 for his dedication and service.

His love of travel and camping had him visiting Halifax, Nova Scotia during a hurricane, Hawaii for his 25th Anniversary, Alaska for his 50th, camping with the Jolly Foxes Group, and snow birding in Bonita Springs, Florida with his wife Joan.

It was in Florida, he developed a love of playing the banjo and ukulele, joining a small band giving concerts. He was also a classically trained pianist with an ear for music.

With his love of fishing, hunting and shooting, Bob became an avid member of the Smithfield Sportsman’s Club where he was a certified hunter safety instructor, a State of RI pistol instructor, and worked tirelessly at their Annual Field Days. His commitment and dedication earned him the distinction of Life-Time Member #1. He proudly wore that badge!

His funeral was private. Burial with Military Honors was in Gate of Heaven Cemetery, East Providence. In lieu of flowers donations in his memory may be made to the Smithfield Sportman’s Club.