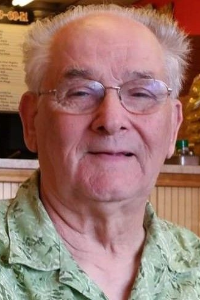 Frederick was the devoted father of Laurier Fannin and her late husband John of Winthrop, the late Annette Armano and her surviving husband Michael of Revere, Barbara D’Amelio of Wakefield, Carolyn Finney of Sarasota, FL., and Frederick A. Burns III of Everett. He was the adored grandfather of 11 and the great-grandfather of 6. Frederick was the loving companion of 38 years to Betty Chewausky of CA. He was the dear sister of Ruth Hovermale of Winthrop. Frederick is also survived by several nieces and nephews.

Prior to his retirement, Frederick worked in the Maintence Department at Eastern Airlines. He also worked for the Town of Winthrop Water Department. Frederick was a life member of the Winthrop Lodge of Elks #1078.

Following current guidelines as instructed by the Commonwealth of Massachusetts in relation to capacity limits, visiting hours will be held in the Maurice W. Kirby Funeral Home 210 Winthrop St. Winthrop, on Thursday, July 2, from 11:00AM-1:00PM, followed by a Graveside Service in the Winthrop Cemetery (Belle Isle Section), beginning at 1:30AM. Relatives and friends are invited.