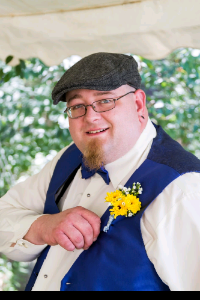 Fred T. Gardiner III, 35, of Belfort Avenue, Warwick died in The Beth Israel Hospital in Boston. He was the husband of Sheah L. (Heller) Gardiner.

Born in Warwick, the son of Fred Gardiner JR. of Westerly and Denise Hope of Warwick. He had previously lived in Coventry and West Warwick.


He had been a Meat Cutter with Brigido’s Fresh Market in Smithfield and Scituate for the past 5 years. Prior to that he worked in the meat department at Shaw's Supermarket for 15 years.

Fred had a deep love of bacon! Fred also enjoyed relaxing and playing Call of Duty on his PS4.

Besides his wife and parents, he leaves his brother Nicholas Gardiner of Westerly and a nephew Iziac Gardiner. Also he leaves behind a god daughter names Mckenzie LaPearl.

His celebration of life will be planned for the future.