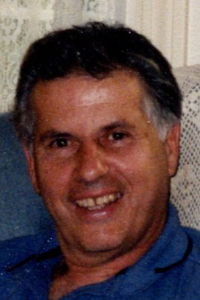 John W. Comello, 82, of Putnam Pike, Greenville died Friday May 29th in Miriam Hospital Providence. He was the husband of Ruth C. (Hinckley) Comello. They had been married for 61 years. He was born in Providence to the late John W. and Marietta (DeMarco) Comello.

He resided in Smithfield for 3 years, previously living in Pascoag. John was employed by General Electric in Providence, retiring after 15 years.

He enjoyed being outdoors, listening to county music, working in the yard and tending to his garden. He also enjoyed tinkering with small engines, mushrooming and quahogging. Most of all he enjoyed spending time with his family.

Besides his wife he leaves his children, John W. Comello, Jr. of North Providence, Alan A. Comello and his companion Kristen Boie of North Scituate and Susan Principe and her husband Joseph of Foster. He was the grandfather of Joseph and Jessica Principe and the great-grandfather of Caleb. He was the brother of the late Mary, Rita Clara, Ann, Anna, Albert and Anthony.

His funeral will be private due to COVID-19. A Memorial Mass will be held at a later date. Burial will be in St. Ann’s Cemetery in Cranston.