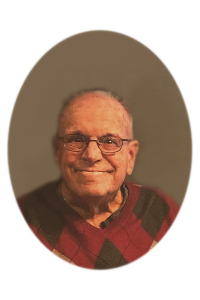 
William L. “Bill” MacKinnon, Sr. age 87 of Brockton died May 6, 2020 at his home under the care of his family and hospice. He was the loving husband of Carol A. (Draheim) MacKinnon for 64 years. Born in Boston and raised in Quincy, he had lived in Brockton for the last 58 years.

Bill was a 1959 graduate of Boston College and received his Master’s in Education Degree from Lesley College. He had been a social studies teacher at Silver Lake High School for 35 years and was also the track coach at Silver Lake, Brockton High School and Bridgewater State College. His involvement in track enabled him to be a timer at the Boston Marathon, the Olympics in Atlanta and the Pan Am games in Indiana.

Bill loved to be outdoors, camping and fishing. He will be remembered as a mentally strong man, hard worker and provider for his family.

Burial will be held at a later date at the Mass National Cemetery in Bourne.

In lieu of flowers, donations in Bill’s name can be made to Myricks United Methodists Church of Berkeley, 93 Myricks Street, Berkley, MA 02779.