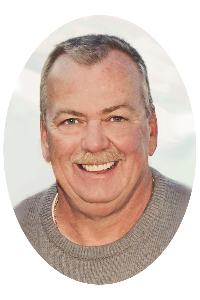 
Dennis J. Bradbury age 65 of Raynham formerly of Brockton passed away peacefully at home under the love and care of his family and hospice on May 4, 2020. He was the devoted husband of Jean E. (Pilon) Bradbury.

Dennis was a loving father and is survived by his three children Jennifer Kuskoski and her husband Robert, Melissa Bradbury, and Ryan Bradbury, all of Raynham. He was the proud grandfather of Kylie and Owen Kuskoski. Dennis was also the brother of Joanne Martinelli of Easton, Ronald Bradbury of Rhode Island and the late David Bradbury of Florida. And many nieces and nephews.

Dennis was born and raised in Brockton where he resided most of his life. He spent the last four years residing in Raynham. He was a son of the late Arthur and Arlene (Loud) Graham.

Dennis was a 1973 graduate of Brockton High School where he played as a defensive end on the football team. He served in the United States Army as a member of the Military Police during the Vietnam War.

Dennis has worked at O’Connor Corp/Beacon Piping Company in Canton where he made many wonderful friendships over the last 20 years.

He enjoyed spending time with his family especially with his two grandchildren, fishing and was an avid football fan, specifically the New England Patriots.

Dennis will forever be remember as a jokester who put a smile on everyone’s face he encountered.

Private burial will be held at the Massachusetts National Cemetery in Bourne with a celebration of his life at a later date. In lieu of flowers, donations in Dennis’ name may be made to Signature Healthcare, to the fund of Greene Cancer Center 25 Libby Street, Brockton, MA 02302.