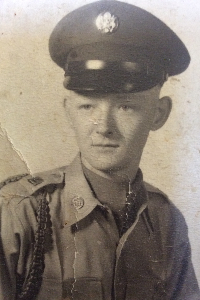 Allan F. “Andy” Anderson, 78, of Mann School Road, Smithfield, passed on Saturday May 2nd at his home. He was the husband of Carol A. (Smith) Anderson.

Born in Providence, a son of Joseph and Mary (Ford) Anderson. He had lived in Smithfield for 56 years previously living in Glocester. He was an Army veteran.

Andy was an Electrician with the IBEW local 99 for 50 years before retiring. He had also been an Electrical Inspector for the Town of Smithfield. He was a member of the Smithfield Elks, BPOE 2359.

Andy was avid outdoors man, he likes fishing, hunting and snowmobiling. He was an accomplished athlete growing up and had coached his children and their friends in many youth sports leagues.

Besides his wife he leaves his children, Lori Halben and her husband Robert of Attleboro, MA, Lyn Anderson of Cranston and Erik Anderson and his wife Bethany of Canterbury, CT. He was the grandfather of Kyle Halben, Shane Halben, William Halben, Jessie Jendzejec, Justin Jendzejec, Courtney Russo, Brett Anderson, Sean Anderson, Madeline Tassoni and Jackson Tassoni. He was a great-grandfather to Piper Russo and Emma Gringas. He was the brother of Joseph Anderson of South Kingstown and Robert Anderson of Florida. He was the step-father of Betty Groleau of North Smithfield and Ray Lynn of Idaho, Nicholas Groleau and Marissa Gringas.

His funeral was private