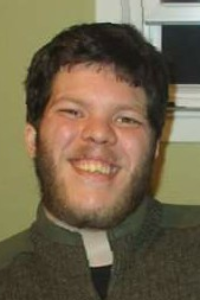 Born in Providence, he moved to Johnston as a young child. and later to Cranston in 2009. He graduated from Cranston High School West in 2011. He attended CCRI

John was a student of Life. His motto was "Love Life". John was an avid reader and liked collecting comic books and movies. He loved animals and spending time with friends and family.

Besides his parents he is survived by his sisters; Kayla Paige O’Donnell and Mackenzie Rose O’Donnell both of Cranston. He was the grandson of the late Robert and Alberta (Cooney) Duffy and Chester and Margaret (Radigan) White. He is also survived my many loving aunts, uncles and cousins.

A Celebration of Life service will be schedule later.