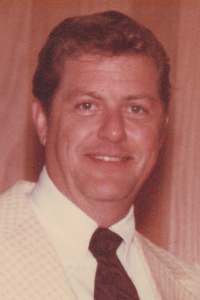 White Bear Lake, MN — It is with great sadness that the family of David Edwin Olson, 84, announces he passed away on Saturday, April 18, 2020, at the Greeley Nursing Home in Stillwater, MN from natural causes.

The oldest of four, born and raised in St Paul, the son of Danley and Dorothy Olson, Dave was a lifelong resident of White Bear Lake, MN.

Dave attended Minnehaha Academy High School where he was active in studies, tennis and football. Dave graduated in 1953 from high school and married his high school sweetheart, Ginny Peterson, in August of 1954 at Summit Avenue Assembly of God Church in St Paul, MN. After high school, Dave attended the University of Minnesota pursuing a degree in chemical engineering.

After starting his professional career at Schuneman’s Department Store and in real estate, Dave owned Dave’s Pizza and Courtyard in White Bear Lake from 1962- 1972. During that time he was a member of the White Bear Lions’ Club, on the Board of Directors of the White Bear Chamber of Commerce, ran for mayor of White Bear Lake, was appointed to the committee of the 916 Vo-Tech School, appointed to the council of the N.E. YMCA, and is credited for starting the first snowmobile club (PHRA) in Minnesota and maybe the world. Today, there are 197 active snowmobile clubs in Minnesota. Dave then transitioned into marketing and became the Director of Marketing and Business Development in the construction industry and related fields for the next 23 years. Dave not only took pride in his business, but truly relished the friends he made during his time in business.

Dave had a passion for hunting, fishing and his dogs. As an avid duck, goose, grouse, and pheasant hunter, he was a longtime contributing member of Ducks Unlimited and Pheasants Forever. He attended and donated to many of their causes.

A memorial service and gathering will be held after Minnesota’s COVID 19 Executive Order.