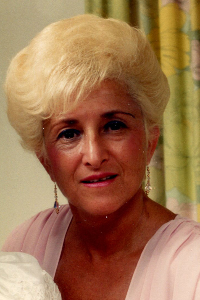 Carolyn M. Mattera, 82, of Concord Street, Greenville, died Sunday, April 19, 2020 at Stillwater Nursing and Rehabilitation in Greenville. She was the wife of Vincent A. Mattera. They had been married for 60 years.

Born in Providence, she was a daughter of the late William and Angela (Pezzi) Iannazzi. She had lived in Greenville since 1965.

Carolyn was a devoted wife, mother and grandmother. She was artistic, creative, and enjoyed crafts and cooking. Through these passions she shared, taught and passed down beautiful memories and traditions. That her family will hold for generations.

Mrs. Mattera had worked as a hairdresser at one time and also worked for 10 years for the State of Rhode Island in the Court System and the General Treasurer’s office. She had also worked as a secretary at John Hancock Insurance Company.

Besides her husband, she is survived by her children: Joseph V. Mattera, Ret. CPT GPD, of Burrillville and Roseann Mattera Mandarini of Greenville, her grandchildren: Corinne Mattera Gelinas, Daniel Mattera, Nicole and Giovanna Mandarini, a sister Dolores Mazzuchelli of North Providence, her nieces Patricia Berman and Lori Mercadante and her lifetime special friend, MaryLou St. Jean.

Her funeral was private. Donations in her memory may be made to a charity of your choice.