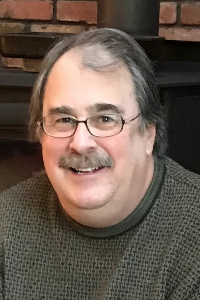 CONDON, Gregory J. On March 12, 2020, our family lost our beloved Gregory J. Condon of Needham, MA, at age 65. Greg was preceded in death by his parents James B. and Jean M. Condon, as well as his brother Paul F. Condon, just two weeks before his own passing. Born and raised in Brockton, Greg was one of five children. He graduated from Brockton High School in 1973 and earned his BS in political science from Stonehill College in 1977 and a law degree from Georgetown Law School in 1980. Greg began his legal career at Peat Marwick Mitchel & Co as a tax consultant. He later hung his shingle in Needham and started his solo law practice in 1985 specializing in tax, estate planning, probate and real estate law. His clients were loyal, most having been so for decades.

Greg was known for his loyalty to family, friends and clients, sense of humor, generosity, and quick wit. He enjoyed watching and attending sporting events of all types. Above all he was a diehard Boston sports fan. Greg also coached basketball, baseball and soccer. He shared a passion for attending games at Fenway with his wife and eventually shared that same passion with his kids Elizabeth and Daniel. He was quirky, adventurous, inquisitive and always willing to lend a helping hand. Greg was highly involved in his community. He was an active member of the exchange club and could frequently be found socializing around various parts of town. Whether you needed some form of legal advice or just wanted to chat Greg was always willing to lend an ear. He spoke fondly of his childhood memories spent down the cape at Popponesset. He later carried this tradition on with his family. He loved to travel and wherever he went he would always make the most of the experience.

Greg is survived by his wife Susan (Bitzer) Condon and two children, Elizabeth and Daniel, as well as his three remaining siblings, James Condon and Sherry Miller of Waltham, Christopher Condon and his wife Gail King of Dover, and Mia (Condon) Flores and John Santilli Sr. of Easton; three nieces and nephews, Jorge (JT) Flores of Brockton, Abigail Nuñez and her husband Miguel of Brockton, James Michael Flores and fiancé Deana Pires of Quincy, as well as grandniece Zara Flores, her mother Scarlett Goncalves and grandnephew Alijah Nuñez.

Memorial Services will be held at a later date and announced beforehand on the George F. Doherty & Sons home website. In lieu of flowers donations may be made in Greg’s memory to theThe Exchange Club of Needham, P.O. Box 920475, Needham, MA 02492.