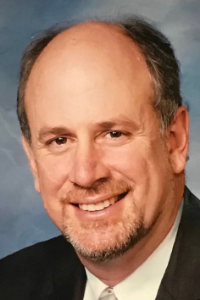 Robert A. Sparn 61 of Scituate passed away on February 20, 2019 at Trinity Health and Rehabilitation Center in Woonsocket RI after suffering a lengthy battle with early onset Frontotemporal Dementia. Bob worked as a realtor since 1983 with J.W Riker, rising to become broker/manager of their Johnston RI office in 1985. In December 2000 he became an owner/partner in founding the first Keller Williams office in Rhode Island where he acted as Operating Partner for several years. Bob was a member of the Providence Board of Realtors serving as its President in 2007 and on various committees during his lengthy real estate career.

An avid fly fisherman and hunter, he was happiest when he was outdoors.

Bob was predeceased by his parents Alfred and Methyl Sparn (Cooper). He leaves two children, Melissa and Benjamin Sparn as well as a grandson Navin. He is also survived by his Brother Alan Sparn (Judy) of Madison CT and his Sister, Susan Schierwagen (William) of Cherryville PA. He leaves 3 nieces and a nephew.

Visitation will be from 9:00 to 11:00am on Saturday March 2 with a memorial service to follow at 11:00am at the Anderson Winfield Funeral Home in Greenville, RI.

In lieu of flowers, donations may be made to the Association for Frontotemporal Degeneration, Radnor Station Building 2, Suite 320, 290 King of Prussia Road, Radnor, PA 19087.
https://www.theaftd.org/support-aftds-mission/