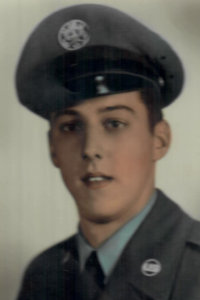 WORCESTER: Richard Armand Forgit, born August 28, 1930 in Worcester, passed away on December 28th., at St. Francis Nursing Center in Worcester. He was 88 years old. Richard lived at the Goddard Retirement House in Worcester prior to hospitalization.

Master Sergeant Richard A. Forgit, had a distinguished, 23 year career in the U.S. Air Force in Security Administration from 1951 until 1972. He served in Europe in the early 1950’s and again during the Vietnam War in the late 1960’s, where he was awarded the Bronze Star for valor, achievement, and service. He also served posts with his family in Massachusetts, Washington D.C., Maryland, on the island of Oahu, and New Jersey until retiring from military service in 1972. Richard had a second career as the caretaker of Former Secretary of the Air Force, Dr. Robert C. Seamans’ estate. Richard taught himself horticulture and handyman skills. He especially loved reading the local newspaper and doing the crossword puzzle with Sylvia, his wife and high school sweetheart of 68 years.

Funeral services will be held on Wednesday, Jan. 2 at 11 a.m. in the MORIN FUNERAL HOME, 1131 Main St., Leicester. Burial with Military Honors will follow in Worcester County Memorial Park, Paxton. Visitation will precede the services on Wednesday from 9:30 to 11 a.m. in the funeral home. Remembrances are welcome and to be made in any form desired to a charity of choice.