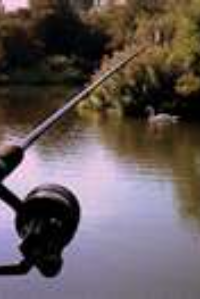 NORTH OXFORD___Charles F. Kuizinas, 99, of North Oxford passed away peacefully in his home on Thursday, December 20, 2018. His wife Ruth M. (Dupont) Kuizinas died in 2011. He is survived by his children, sons, Charles Kuizinas and his wife Mary of Westminster, Paul Kuizinas of Tillamook, OR and Joseph Kuizinas of Oxford; daughter Jean Bastien and her husband William of Brookfield; sisters, Francis Alonis of Worcester, Sr. Mary Elaine Kuizinas of Illinois and Pauline Huhn of New Jersey; seven grandchildren; seven great grandchildren; several nieces and nephews. He is predeceased by a son, Stephen Kuizinas, brother Joseph Kuizinas and sister Ann Ternoski. He was born in Worcester a son of Joseph and Anna (Kaleskas) Kuizinas.
Mr. Kuizinas owned and operated Superior Autobody and Repair for almost fifty years prior to retiring at the age of 82. He was a veteran of World War II serving with the US Coast Guard on the CGC Spencer, a communications ship that was involved in military actions around the world. Prior to his military service he worked at Wyman Gordon Company. Charles greatly enjoyed fishing his entire life from the time he was a boy with his father and then with his own children. Weekends were for ocean or lake fishing out on his boat. He always had a large vegetable garden and enjoyed the outdoors. He enjoyed a very active life until recently.
The family would like to thank Central Mass Hospice and the VNA of Southern Worcester County for their kind care to Charles during this time.
The funeral will be held on Friday, December 28, 2018 from HENRY-DIRSA FUNERAL HOME, 33 Ward St., Worcester with a Mass at 10:00 a.m., in St. Joseph Church, 189 Oxford St., Auburn. Calling hours in the funeral home are Thursday, December 27, from 5:00 pm to 7:00 pm. Burial will be in Worcester County Memorial Park, Paxton, MA www.worcesterfuneral.com