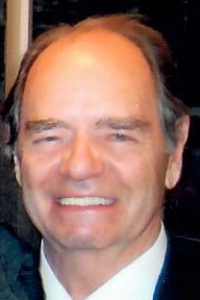 SPENCER: Roger Lussier, 86, died peacefully on Saturday, December 15, 2018 surrounded by his loving family. A noted interior designer, he was the proprietor of the Roger E. Lussier Gallery, Inc. in Boston’s Back Bay. His signature work continues to grace homes throughout the world. In 2010, Roger was inducted into the New England Design Hall of Fame.

The son of Eugene and Blanche (Fagnant) Lussier, he leaves behind two sisters, Constance O'Toole and Jeannette Dailida, her husband John; his brothers Raymond Lussier, his wife Jane and Eugene, his wife Elaine; many nieces, nephews and very dear friends. He was predeceased by his sisters Claire Lajoie, Theresa Anderson, Irene and Muriel Perra and his brothers, Roland, Robert and Gerard Lussier.

Roger’s family would like to thank the wonderful staff at the Knollwood Nursing Center and Saint Vincent Hospital for the extraordinary care provided to him over the year’s.

Family and friends are invited to remember and share stories at his Memorial visitation on Saturday, December 22 from 12 to 2 p.m. at the J. Henri Morin & Son Funeral Home, 23 Maple Terrace, Spencer. Burial will be private. In lieu of flowers, contributions may be made to ArtsWorcester, 660 Main Street, Worcester, MA 01610 (http://artsworcester.org/give/)