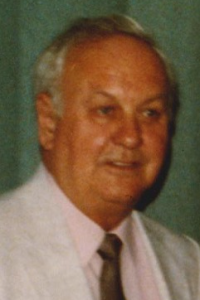 Webster
Chester J. “Chet” Przybylek,90, passed away peacefully on Thursday, December 13, 2018 after a period of declining health.
He is survived by his devoted wife of 64 years, Patricia (Guenther) Przybylek, two sons; David and his wife Sara of Shrewsbury, Robert and his wife Cathy of Webster, and one daughter; Joanne Twiss and her husband Ray of Holden.
He also leave four grandsons; Jason, Paul, Grant and Stephen Przybylek and one grand-daughter Stephanie Twiss. He also leaves a sister-in-law, Theresa Guenther of Dudley, and brother-in-law, Louis Guenther, Jr. and his wife Marlene of Webster and several nieces and nephews.
Chet was born in Webster, youngest son of Thaddeus and Mary (Niemiec) Przybylek and graduated from Bartlett High School in 1946. He served with the U.S.Army occupied forces in Japan after WWII. Chet was also a Life Member of the Polish American Veterans Club.
He was predeceased by two brothers; Paul and John, and two sisters, Anna Jankot and Mary Eggers.
Chester was a lifelong resident of Webster and a parishioner of St. Joseph Basilica. He worked for several years at Sjogren Tool & Machine in Auburn and later worked in the Webster School Department until his retirement in 1993.
He was an avid reader and an expert crossword puzzle solver. He was a devoted husband,father and grandfather whose greatest joy was his family and his love for them was infinite. His love will remain in our hearts forever.
Chester’s Funeral Mass will be Tuesday, December 18, 2018 at 10AM in St. Joseph Basilica, 53 Whitcomb St., followed by burial with Military Honors provided by the Webster-Dudley Veteran’s Council at St. Joseph Garden of Peace Cemetery, Webster.
Calling Hours will be Monday, December 17, 2018 from 6-8pm at the ROBERT J. MILLER FUNERAL HOME and LAKE CHAPEL, 366 School St. Webster.
Memorial Contributions may be made to : St.Joseph Gym and Parish Center, 53 Whitcomb St., Webster, MA. 01570.
To leave a message of condolence or to Share a Memory of Chet, please visit:RJMillerfunerals.net