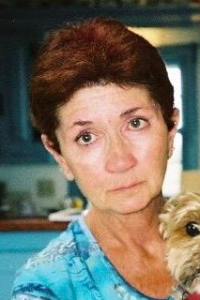 Ann E. Triggs, 74, of Fieldstone at Overlook in Charlton and formerly of Worcester died Thursday, December 13th in Harrington Memorial Hospital after a long illness. She leaves two sisters, Kathy and her husband, William E. Dunn of Charlton and Maureen and her husband, Bernard Carlomagno of Auburn; a sister-in-law, Donna Triggs of Worcester; her longtime friend, Polly Turbidy of Webster and several nieces and nephews. She was predeceased by a brother, Robert Triggs.
She was born in Worcester the daughter of Robert X. and Lillian G. (Martin) Triggs. Ann worked for the Commonwealth of Massachusetts for 30 years as a social worker with the Department of Transitional Assistance, retiring in 2002. Ms. Triggs graduated for Anna Maria College with a Master’s Degree in Business and continued going to school to pursue a high education. She had a passion for animals always having at least one pet. Ann enjoyed going to the beach, particularly Cape Cod and Hampton Beach. Ms. Triggs relished the time she spent traveling, especially on her trip to Bolivia where she met her pen pal.
A calling hour will be held from 9:30 AM until 11:00 AM on Thursday, December 20th in O’CONNOR BROTHERS FUNERAL HOME, 592 Park Avenue followed by her funeral Mass at 11:30 AM in Our Lady of the Angels Church, 1222 Main Street, Worcester. Burial will be in St. John’s Cemetery, 260 Cambridge Street, Worcester. In lieu of flowers memorial contributions may be made to the Alzheimer’s Association, 309 Waverley Oaks Rd, Waltham, MA 02452 or to the ASPCA, 350 S Huntington Ave, Jamaica Plain, MA 02130.