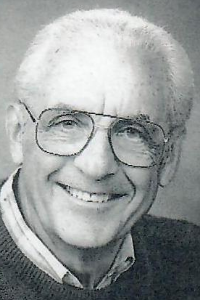 SPENCER: Robert E. Boulay, 90 of Spencer died on Tuesday, Dec. 11 at The Overlook Masonic Health Center in Charlton, MA. He leaves his wife of 67 years, Mary (Kaliunas) Boulay, daughters; Cathy A. Hebert and her husband Dwight of Gloucester, Carol M. Crozier and her husband Steven of Spencer, 4 grandchildren; Michael Hebert and wife Katie of South Hamilton, Cristy Hebert and husband Shawn Doughty of Marblehead, Kevin Crozier and wife Renata of Northbridge, and Jason Crozier and his fiancée Audrey Given of Spencer, 6 great grandchildren Thomas, Mae, Jackson, Henry, Nathaniel, and Alexander.

Bob was born in Worcester MA, the son of A. Alfred and Jeanne B. (Malhoit) Boulay.

He was a WWII US Air Force veteran.

Robert worked as a machinist at the O.S. Walker Co.; the David Clark Co. as foreman of the R&D Machine Shop and Building Maintenance; the Thomas Smith Co as Production Manager; the Jamesbury Corp. as Foreman of the Assembly and Maintenance Departments. He also produced specialty items in his own machine shop.

At his request no services are planned. Burial in Worcester County Memorial Park, Paxton with Military Honors will be private.

The family would like to extend their sincere thanks and grateful appreciation to all of the caregivers at Fieldstone, Post-Acute, and Skilled Nursing at The Overlook in Charlton for their professional care and heartfelt compassion during this difficult time. In lieu of flowers, contributions may be made to the Spencer Rescue Squad, P.O. Box 147, Spencer, Ma. 01562. The J.HENRI MORIN & SON FUNERAL HOME, 23 Maple Terr. is directing arrangements for the family.