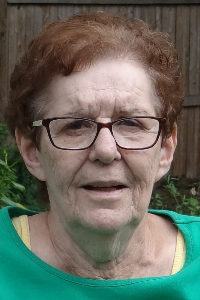 Christina Cocaine, 71, of Worcester died Saturday, October 20th at home. She leaves many cousins. She was predeceased by her parents, George P. and Bernice W. (Johnson) Cocaine and her brother, Peter G. Cocaine.

She was born in Worcester and graduated from South High School. Christina worked as a blood bank technician from 1966 until 1988 at Memorial and Hahnemann Hospital. In 1988, Christina started a second career in the culinary field. She held many positions at Worcester Polytechnic Institute and Clark University.

Her graveside service will be held on Friday, October 26th at 10 a.m. at Hope Cemetery. There are no calling hours. O'CONNOR BROTHERS FUNERAL HOME, 592 Park Avenue is directing arrangements. In lieu of flowers memorial contributions may be made to the Worcester Historical Museum, 30 Elm Street, Worcester, MA 01609.