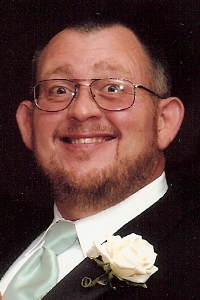 He leaves his wife Donna R. (Seitz) Locke, his daughters Ana M. Douglas and her husband Jason of W.Brookfield, and Celeste V. Locke and her significant other, Gary Webb of Warren, his brother William C. Locke and his wife Muriel of Spencer, four grandchildren; Shane, Bryce, Riley and Davin, nephews Benjamin Locke and his wife Jess and Christopher Locke all of Spencer.

Dick was a longtime carpenter and owner of Locke Home Improvement in Spencer.

Born in Worcester, he was the son of Arthur S. and Joyce J. (Archambeault) Locke, and graduated from David Prouty High School in Spencer and later went on to serve in the U.S. Air Force for 13 years. He was a 10 year member of the Spencer Fire Dept.. He loved all of his dogs, most recently his black lab "Topaz". He enjoyed his trips to Maine.

Calling hours for Dick will be held from 5 to 7 p.m. in the J.HENRI MORIN & SON FUNERAL HOME, 23 Maple Terr., Spencer on Friday, Oct. 12th. A prayer service will conclude the calling hrs. at 7 p.m. In lieu of flowers, contributions may be made to the Spencer Firefighters Association, 11 W. Main St., Spencer, 01562.