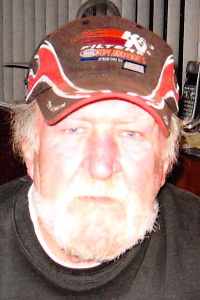 Eugene J. O’Neill, 78, of Webster died Friday, October 5th at home surrounded by his family. He leaves his wife of 47 years, Shirley A. (Hannifin) O’Neill; three sons, John, Mark and William; three granddaughters; four great grandchildren and many nieces and nephews. He was predeceased by a brother William O’Neill.
He was born in Worcester the son of William and Dorothea (Zimmer) O’Neill and graduated from South High School. Mr. O’Neill owned and operated Gene’s Speed Shop on Shrewsbury Street for over 30 years and was well known in Worcester. Through the years he successfully raced a 65 Dodge Hemi car called the Flinstone Charger and a 68 Hemi Dart. His racing evolved into a funny car in the early 70s. He was an NHRA enthusiast and frequently traveled to races around the country with his friends. Gene was a member of the TY-Rods Hall of Fame for his racing in the 1960s and 70s. He was a member of the Sons for the American Legion and the Eagles Club.
Calling hours are Thursday, October 11th from 10:00 AM until 12:00 PM in O’CONNOR BROTHERS FUNERAL HOME, 592 Park Avenue, Worcester followed by a service at 12:00 PM. In lieu of flowers memorial contributions may be made to St. Jude Children’s Research, 501 St. Jude’s Place, Memphis, TN 38105.