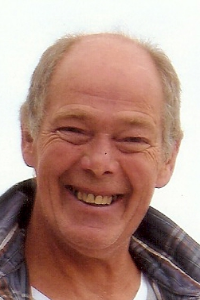 LEICESTER: James L. Griffin, 69, passed away in his home on Monday, July 30, surrounded by his favorite people, after an unexpected battle with Melanoma Cancer. He adored his wife of 46 years, Ellen M. (Walsh) Griffin, his daughter Heather J. Whitcomb and her husband Scott Whitcomb and their 3 children, Madison, Cameryn and Gavin.

Jim leaves behind his beloved sisters Mary MacDonald and her husband Phil of Canton, CT., and Barbara Worsman and her husband Roger of Dennis,MA and his brother John Griffin and his wife Elizabeth of New Mexico, along with numerous nieces and nephews. He is predeceased by a brother Thomas Griffin and sister Julie Horne.

Jim was born in Detroit, Michigan, the son of Dr. Julian and Barbara (Handy) Griffin. Jim spent his childhood years playing a variety of sports and fishing in Avon, CT and later served his country with the U.S.Army in Vietnam. He was a graduate of Nichols College in Dudley, MA. Jim worked at Norton Co. in Worcester for 36 years, retiring in 2007. Retirement gave him more time to enjoy riding his bike, traveling with his family making every moment an adventure and spending every available minute outdoors. Jim enjoyed creating things by painting and woodworking to make personalized gifts for the people in his life. Jim enjoyed life to the fullest, he made every one he encountered feel like the most important person he’d met. You could write a book about Jim and not an unkind word could be said.

A Memorial Mass will be held at St. Aloysius-St. Jude Church, 489 Pleasant St., Leicester on Monday, Aug. 6 at 10 a.m. Friends and family are asked to go directly to the church. Calling hours for Jim, will be held on Sunday, August 5 from 4 to 6 p.m. in the MORIN FUNERAL HOME, 1131 Main St., Leicester. In lieu of flowers, contributions may be made to Leicester Food Pantry 761 Main st. Leicester, MA 01524