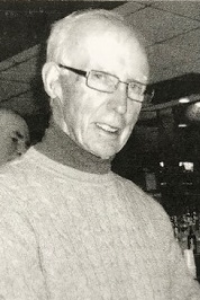 He was the beloved husband of Jean K. (Callahan) Walsh with whom he would have celebrated their 61st wedding anniversary on June 1, 2018.

Born in Medford on February 4, 1937, he was the son of the late Francis X. Walsh and the late Mary T. (McCabe) Walsh.

Gene was raised in Charlestown. He attended local schools, was graduated from Don Bosco Trade School in 1955, and went on to attend Fitchburg State College.

Following his years at Fitchburg State, he served in the U.S. Navy Reserves.

Prior to his retirement, Gene was employed as a lithographer by the Henry N. Sawyer Company in Charlestown for 50 years.