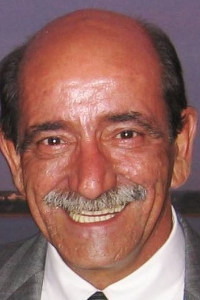 He was born and raised in Worcester, son of the late Edward F. and Winifred M. (Powell) St. Francis attended Worcester Boy’s Trade School and received a certificate from WPI School of Industrial Management. He was an Army Veteran of the Vietnam War serving mostly in the Quang Tri province. He was awarded a Bronze Star for his service. He had been a member of the Auburn Elks and the American Legion Post in Murrell’s Inlet, SC.

Jim was a Manufacturing Superintendent at Metso Automation, formerly known as Jamesbury Corporation, where he worked for 39 years. He started there in 1973 as a machinist, eventually got his journeyman papers in Tool and Die manufacturing and climbed the ranks into management before retiring in 2012. Before he retired, he lived in Boylston for 20 years and in Auburn for 10 years until he and his wife, Eileen, moved to South Carolina.

A natural extrovert, he certainly had fun getting anyone to laugh and smile. He enjoyed people watching at the beach, playing darts, and conversing with friends at local gathering places. He attended many of his grandson’s soccer games and loved cookouts with family and friends. He could sit on the beach, hours on end, sail on a Sunfish to catch some blues, and then enjoy late evening cruises with friends to West Dennis Beach.

He was a “brother” and “father” to many and a natural leader in his professional and personal life. He dedicated most of his energy to raising his children, Joel and Julie; and is still remembered by his nephews, John and Russ, as Super Jim. He was active in coaching Little League, was a Cub Scout Leader, and participated in many Tahanto Regional High School Scholarship Fund plays, remembered mostly for singing “splish-splash”. He was dedicated in providing and protecting his children and was proud of the adults they became.

As life changed, Jim continued his guidance as “Uncle Zim” to his nieces, Kara and Jenna, who loved and respected him deeply. At the same time, he met his late wife, Eileen, who he continued to enjoy life and eventually retirement with in Myrtle Beach. He treasured the time spent with Eileen’s grandchildren, Kali and Daae, and seeing his grandchildren, Treyden, Conner, Duncan and Rydyr grow, even if it wasn’t often in person. “Mr. Saint” was loved by all his children’s friends and family. He will also be remembered for his love of a medium-rare cheeseburger, pan-fried, preferably with a cold Pepsi or Budweiser.

Relatives and friends are respectfully invited to visit with the family from 5 to 6:30 P.M on WEDNESDAY, MARCH 28th at KELLY FUNERAL HOME, 154 Lincoln St., followed by a Ceremony in Celebration of Jim’s Life at 6:30 P.M. in the funeral home. The family suggests donations in memory of Jim be made to the National League of POW/MIA Families, 5673 Columbia Pike, Suite 100, Falls Church, VA 22041. To share your thoughts and memories with the family on-line, please visit www.kellyfuneralhome.com