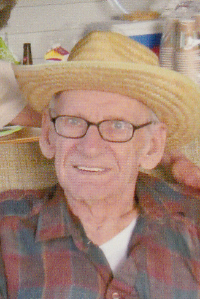 He leaves 2 sons, Stephen R. Pekala II & his wife Cheryl Pekala of Oxford and James & his wife Debra Pekala of Deland, FL; 3 daughters, Jenney & her husband Robert M. Gallerane of Milford, Cynthia M. & her husband Robert Trocki of Shrewsbury and Niantic, CT and Paula & her husband Keith Ridley of Edgewater, FL; 16 grandchildren; 6 great-grandchildren; 2 brothers, Charles R. & his wife Joan Pekala, and Joseph J. Pekala, all of Webster; a sister, Helen & her husband Robert Roy of Quinebaug, CT; many nephews and nieces, as well as a very dear cousin Madeline Iacobucci. He was preceded in death by his son Stephen R. Pekala, Jr., by his grandson Andrew West in 2011, by his brother Walter Pekala and by his sister Dorothy Horanzy.

He was born in Webster, a son of Walter and Helen (Jagiello) Pekala and lived in the area all his life. He was a graduate of Bartlett High School.

Mr. Pekala worked at Bayer Motors in Dudley for 45 years, first as a mechanic and later doing auto body work. He also did painting and detailing of cars there before retiring in 2000. He was a master tinkerer and spent many hours working on his treasures. He loved spending time with his grandchildren.