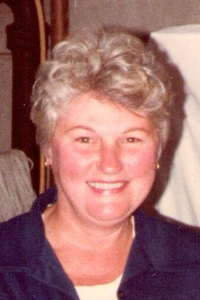 
WEST BOYLSTON-Barbara A. (Burke) Williams, 89, formerly of Worcester and Chatham, died Tuesday, March 20, 2018 at Saint Vincent Hospital. Barbara would have celebrated her 90th birthday on Monday. She was born in Worcester, daughter of Raymond J. and Margaret B. (Schollard) Burke, graduated from South High School and attended Worcester City School of Nursing for two years. Barbara was a staff member at Harrington Way Group Home. She worked with adults with special needs. Barbara also worked at Saint Vincent Hospital as a Nurse’s Aide for several years and later as an Instructional Aide for the Worcester Public School Department, retiring from Millbury Street School.

Barbara was predeceased by her husband, a retired Worcester police officer of 25 years, Warren C. Williams on November 6, 1996. She is survived by five children, daughters Doreen A. Borraccino and her husband Andrew of Shrewsbury, Lynda M. Williams, with whom she lived in West Boylston, Kathleen A. Williams and her wife Dawn Arnold of Tucson, AZ and Barbara A. Williams of Worcester, and son, Mark W. Williams and his partner Kelly O’Donnell of Worcester; four grandchildren whom she was so proud of, Karrah Ellis, Lindsey Borraccino-Morrissey, Mark Williams and Brittany Williams and four beautiful great- grandchildren, Jarrett and Emma Ellis and Mallory and Emery Morrissey. She also leaves two sisters, Patricia Glodis of Worcester and Sharon Poulin of Holden and many nephews and nieces. Barbara was predeceased by three sisters, Eleanor Burke, Peggy Trotto, and Joanie LaPlante.

Barbara loved to travel and she enjoyed knitting. She loved going to the beach and talked fondly of her family trips to Hampton Beach for two weeks every summer. She was a previous member of the Worcester Police Wives Association. Barbara was also an avid animal lover. After retirement, she and Warren moved to Chatham for a period. Her greatest joy in life was her grandchildren and great grandchildren and cherished the time she spent with them.

Barbara’s funeral will be held on Monday, March 26 from Callahan Fay & Caswell Funeral Home, 61 Myrtle Street with a Mass of Christian Burial at 11:00AM at St. John’s Church, 40 Temple Street, Worcester. Burial will follow at St. John’s Cemetery. Visiting hours are Sunday, March 25th from 3:00 until 6:00 pm in the funeral home. Flowers may be sent or donations in Barbara’s memory may be made to the Worcester Animal Rescue League, 139 Holden Street, Worcester, MA 01606.