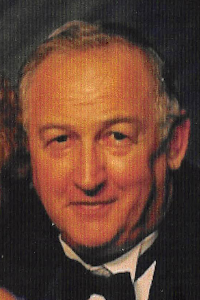 George J. “Wingsy” O’Connor, 82, of Quinsigamond Village died peacefully surrounded by his entire family on Monday, March 19th. When they created the statement “you can take the boy out of South Worcester but you can't take South Worcester out of the boy” they were hanging around with Wingsy. Wingsy was born and raised in South Worcester, MA. At the age of 19 he joined the United States Army, after being honorably discharged from the Army he met the love of his life for 60 years, Barbara. They were married, bought a home and began the journey of life together. Having a family, Wingsy spent 25 years as a union steward for Teamsters local 170 Table Talk Pie. As a union steward for the teamsters he was part of a task force during the 60’s and 70’s that brought recognition to the importance of safety, a fair wage when injured and a fair working wage along with health insurance to the labor industry. In the labor industry, Wingsy would have been called a “good man”. Using his position as a union steward for teamsters he convinced many local 170 members to join along and these policies are still in place and etched in stone today. Wingsy would spend many nights studying contracts or current bylaws so that every employee would be compensated fairly or their position would not be terminated. After Table Talk closed, Wingsy began working at Anderson Abrasives on Southbridge St., Worcester. Wingsy’s top priority at Anderson was driving his nephew and the other employees crazy. Wingsy ended his career by working 15 years for the United States Post Office Shrewsbury plant. Upon his retirement, Wingsy and his wife, Barbara spent many years on Cape Cod, enjoying those years with his children, grandchildren and great grandchildren along with his cherished dogs Ginger, Spook and Shadow.
Wingsy leaves behind the love of his life which he professed until his last day for 60 years, Barbara A. (Delnegro) O’Connor, his two sons, Steven “Okie” O’Connor, Sean Michael O’Connor and his daughter, whom he cherished, Cheryl A. (O’Connor) Weil and son-in-law, John Ranniko all of Quinsigamond Village. His grandchildren, Edward, Michael, Christiana, Gabrielle, Johnny, Jared, and Collin; three great grandchildren, Thayne, Devin, and Kylie. Wingsy loved and cherished them all dearly and bragged about them all daily. All the grandchildren and great grandchildren deserve a big high five and a hug for standing by their grandfather and grandmother until their grandfathers last day. Wingsy also leaves behind nieces and nephews who he loved dearly. Born to George and Rose (Cotton) O'Connor on Mitchell Street, South Worcester. He was predeceased by his brothers and sisters, Edward, Dorothy, Mildred, James, Gertrude, June and Francis and his grandson Bryant Steven Joseph O’Connor.
Wingsy was a hardworking man who loved his entire family as much as they loved them. Wingsy's sense of humor, quick wit and practical jokes will be missed by all.
The family would like to thank the staff of the ICU and PCU at St. Vincent Hospital for their care and kindness they offered.
His funeral is Monday, March 26th from O’CONNOR BROTHERS FUNERAL HOME, 592 Park Avenue with a Mass at 10:00 AM in North American Martyrs Church, 8 Wyoma Drive, Auburn. Burial will follow in St. John’s Cemetery, Worcester. Calling hours are Sunday, March 25th from 4:00 until 7:00 PM in the funeral home. In lieu of flowers memorial contributions may be made in George Joseph O’Connor’s memory to the Disabled American Veterans, 570 Mill Street, Worcester, MA 01602.