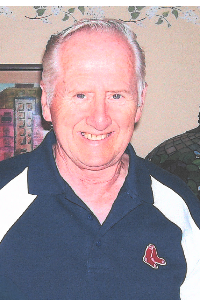 
WEST BOYLSTON-George Perry, beloved husband, devoted father and dear friend to many, passed away peacefully at UMass Hospital on Monday, March 5, 2018. The angels surely greeted him with open arms.

George served as a proud member of the Air-Force police in Japan for 4 years. He was happy to have served his country which he loved very much. George worked at Wyman-Gordon’s Company in Worcester for over 30 years. After retirement he worked for UMass as a parking lot attendant for over 10 years where he brought joy and smiles to anyone coming in to park their car, or even just walking by.

Anyone that knew George well, knew he was a devout Catholic. He was very involved with the RCIA Program as well as the Family Life Committee at Our Lady of Good Counsel. A Eucharistic minister for many years, George loved serving God and his church family. He was a huge Patriots and Red Sox fan and absolutely loved a good movie or funny sitcom.

George’s upbeat sprit and humor will be greatly be missed by his wife of 54 years, Betty, son Steven and daughter Tracy as well as his Sister Catherine of the Sisters of Notre Dame, his sister-in-law Joan Perry, sister-in-law Carolyn Roux, brother in-law Jack Geneva, sister in-law Linda Geneva, as well as several nieces and nephews and 4 adoring cats. George will be greeted in Heaven by his loving parents, Catherine and Mitchel Perry along with his brothers Francis, Mitchel and sister Anne.

To know George, was to love him and our loss is Heavens gain.

Calling hour will be held Friday, March 9th at Fay Brothers Funeral Home in West Boylston from 9:30 am–10:30 am, followed by a funeral mass at Our Lady of Good Counsel at 11:00 am. Burial will be at a later date at the convenience of the family.