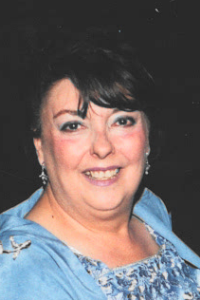 WEBSTER - Joyce A. (Harpin) Turner-Marko, 76, passed away Tuesday, February 27 in the Webster Manor.
She leaves her husband of 29 years, Gordon C. Marko; two children, Randy Turner and Wendy Kalil; two step-children, Athena Hartman-Marko and Stephanie Marko; a brother, Robert Harpin; several grandchildren; great grandchildren and her dog, Joshua. A son, Jeffrey Turner passed away in 2013. She was born in Franklin, daughter of Henry and Doris (Gamache) Harpin and graduated from Franklin High School and Tufts University School of Dental Medicine.

Joyce was a longtime dental hygienist for several Worcester County dentists. Joyce had a passion for figure skating and also enjoyed instructing others in the sport. She also loved to play the piano and shop for a good bargain. Throughout her illness she was lovingly cared for by her devoted husband, Gordon, but the family would also like to extend a special thank you for the care and compassion shown to Joyce by the nurses at Notre Dame Hospice.