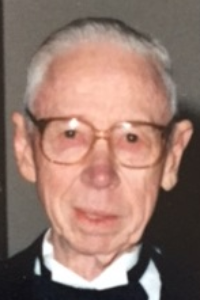 He was born in Worcester, the son of Dennis and Mary (Laverty) O'Leary. Bob was a proud graduate of St. John's High school in Worcester. After one year at Holy Cross, he went on to earn his Bachelor's and Master's Degrees in education from Worcester State Teacher's College. He was a lifelong scholar. After retiring he completed an Associate's Degree at Quinsigamond Community College, and throughout his seventies continued to take courses for fun at Worcester State. Mr. O'Leary had been employed by the Millbury Public School system as a teacher for 30 years, retiring in 1984. During the summer months he had worked for the City of Worcester's Park Programs at Elm and Crystal Parks. He had been a member of Our Lady of the Angels Church for 60 years.

His funeral is Friday, March 2nd, from O'CONNOR BROTHERS FUNERAL HOME, 592 Park Avenue with his funeral Mass at Noon in Our lady of the Angels Church, 1222 Main Street. Burial will follow in St. John's Cemetery. Calling hours at the funeral home are Thursday, March 1st from 4:00 until 6:00 p.m. In lieu of flowers memorial contributions may be made to Worcester State University, 486 Chandler Street, Worcester, MA 01602.