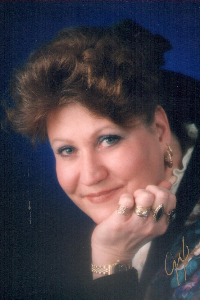 WORCESTER-Janet Hazel (Zdanovich) Brunetta, 66, a lifelong resident of Quinsigamond Village died Friday, February 9, 2018 at the Jewish Healthcare Center. Janet was born in Worcester, daughter of Henry and Hazel (Chase) Zdanovich and graduated from Worcester Girls Trade High School. She worked many years at Sprague Electric and then Digital Equipment Corp.

Janet was a great cook and she was well known for her delicious and beautifully decorated cakes. She was a volunteer at American Red Cross for several years. Janet’s greatest joy was her grandchildren and great grandchildren, she took great pride in being Grammy B and Mimi to Amanda, Brianna-Marie and Michael and Nana to Mya.

A graveside service will be held at 1:00 pm on Wednesday, February 14 at Worcester County Memorial Park, Paxton. There are no visiting hours. In lieu of flowers, donations in Janet’s memory may be made to Jewish Healthcare Resident Activities Fund, 629 Salisbury St., Worcester 01609 or to the American Red Cross at www.redcross.org
Arrangements are in the care of Lindquist Lundin Funeral Home, 36 Butler Street, Worcester.