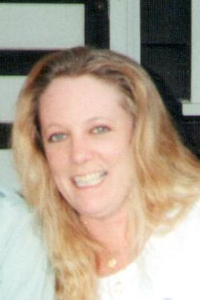 
WEST BOYLSTON- Kathleen A. “Kassie” (Rosenlund) Yankowskas, 55, died Thursday, February 1, 2018 at Oakdale Nursing Home with her loving family by her side.

Kassie was born in Worcester daughter of Robert S. Rosenlund and the late Patricia E. (Durkin) Rosenlund and graduated from West Boylston High School in 1980. Kassie worked at the American Red Cross as an Apheresis Coordinator retiring early due to a long battle with Multiple Sclerosis, and prior to that Kassie worked at Granger Lynch in Millbury.

She will be dearly missed by her father, her longtime companion, Christopher Lewis of Clinton, two sisters, Kelly Rosenlund Mercer of Webster and Diane MacPherson of Freemont, NH, a brother, Steven Rosenlund of Worcester, six nieces and two nephews. Kassie was predeceased by her brother Robert “Bobby” “Kevin” Rosenlund. Kassie's family would like to thank Patti Tache' for all of the help and wonderful care she provided to Kassie.

In lieu of flowers, donations in Kassie's memory may be made to the Worcester Animal Rescue League,139 Holden Street, Worcester, MA 01606.